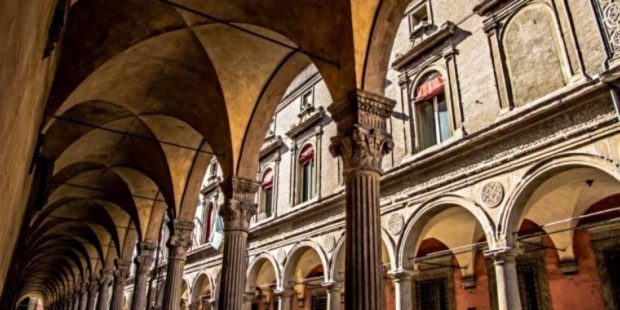 Some Italian cities have nicknames that honour their historical past or simply describe them perfectly:

Bologna la Dotta (the Learned) has been home to many a genius. Home to the oldest university in the world, founded in 1088, one could speculate that one of Northern Italy’s best kept secrets has been hidden by astute intellectuals for centuries.

Bologna la Grassa (the Fat) best epitomises the gastronomical tradition of its rich and opulent delicacies: tortellini, lasagna, tagliatelle and ragù meat sauce all originally hail from this ancient foodie hotspot where trattorias reign sovereign over the distinguished palates of locals and visitors alike.

Bologna la Rossa (the Red) recalls the terracotta rooftops and the reddish hues of bricks that have been used since the middle ages to build palaces and towers. In postwar Italy, Bologna was also known for its outstanding era of leftwing local government bearing the color red for its political affiliations, now alas Bologna the Red beckons motor enthusiasts from all over the world boasting local brands such as Ducati, Ferrari and Lamborghini making Bologna and its region “la terra dei motori” (the land of motors).

Bologna’s evocative historical centre, one of the best conserved in all of Europe, is protected by 40 kilometres of porticoes making it a stately and very sheltered city. Bologna is indeed the most porticoed city in the world, making it a contender as a UNESCO World Heritage site for the longest covered walkway on the planet counting 666 arcades that spiral up connecting the urban landscape below to the to the Sanctuary of the Madonna of San Luca, perched above on the highest hill guarding the city for all to see.

This quirky medieval urban planning dates back to 1100, when the city had to invent new spacing solutions to host the throngs of students and merchants that overflowed its streets characterising the locals’ sense of hospitality that strongly remains intact today. One can now enjoy the outdoors sitting at a cafè or restaurant without worrying about the hot summer sun or the occasional autumnal shower.

Perhaps one of the reasons Bologna is not as frequented is because it so coy about the wonderful sights it hides behinds its majestic facades. Take the old seat of the university, Palazzo Archiginniaso, where one can still visit the anatomy theatre. This beautiful temple of science, 500 years old, ornately carved out of wood panels, hosted chilling scenes of dissected cadavers scrutinised by teachers.

This was carried out on a marble table in front of queasy medical students during marathon lessons where each dissection continued without pause for 48 hours on end, during winter months (for obvious sanitary reasons). A visit to this striking monument of Enlightenment where wood carvings depicting flayed men and their subcutaneous musculature in minute detail leave a lasting impression on anyone who sets their eyes on such a secular sight.

At the other extremity of town (and belief spectrum) another obscured treasure the Bolognesi hold close to their hearts are the incorruptible remains of St. Catherine of Bologna. Showcased in a gaudy shrine, St. Catherine dedicated her life to service and as abbess of the convent, she sits eternally on a golden throne still donning the nun’s habit of the Order of the Poor Clares.

To best admire Bologna the Red there is no better place than from atop of one its original medieval skyscrapers.  In the 12th century the city’s towers outnumbered  any other Italian city, making its skyline comparable to that of a ‘medieval Manhattan’. Now only 20 or so remain intact and only a couple can be climbed by visitors.

At the beginning of Via Rizzoli and the official centre point of the city, one can find the two architectural symbols that Bologna is most well known for, Le Due Torri  (the Two Towers). Legend has it that two noble families, Garisenda and Asinelli, were determined to out do each other by building the tallest tower.  Only one family, the Asinelli, proclaimed victory, in fact their summit is visited by thousands to take in the panoptic view of the city.  The Garisenda Tower, woozily leaning at its side, makes for one impressive sight.

For its rich history, its accessible city centre, its tempo of life that has safeguarded its identity for centuries, civilization has no more appealing expose than Bologna.

But nothing is venerated more in Bologna than their own cuisine.

“Make a deserving bow when you hear about Bolognese cooking.”

This enthusiastic eulogy written by the great Pellegrino Artusi in his celebrated gastronomic treaty of the late 1800’s, praises the city’s culinary traditions bringing it to the attention of all Italians. This accolade will never be extinguished in a city such as Bologna, where eating well is an absolute priority for every Bolognese person.

Close to Piazza Maggiore, the city’s main square, and the Basilica di San Petronio, the city’s main cathedral (with its unfinished facade halted due to its ambitious plans to be grander than the Vatican’s Saint Peter’s Basilica) you can stroll into the narrow streets of the Mercato di Mezzo, the antique food market of the city and true testament to the locals’ genuine obsession with their exquisite delicacies that not even the Holy See can curb.

The artisan food shops showcase local specialties from their abundant window displays and makes any food connoisseur stop right in their tracks. The perfect example of bolognese hedonism is paraded daily, with local cured meats and cheeses of all sorts, rigorously crafted to satisfy the most demanding palates.

It shouldn’t be a surprise that the local economy is supported by the regional food industry: Parma Ham, Parmigiano Reggiano cheese, balsamic vinegar and Bologna’s very own mortadella. Three of these products: prosciutto, parmesan cheese and mortadella are the fundamental ingredients for the pasta filling of the world famous tortellini pasta, where any authentic Bologna trattoria will only serve them “in brodo” (in broth).

“One eats more in a year in Bologna than two years in Venice, three in Rome, five in Turin and twenty in Genoa.” (Ippolito Nievo, Confessions of an Italian, 1867)

Don’t ask for spaghetti bolognese, it does not exist in this food mecca. The sauce they call ragù bolognese is only served with tagliatelle, never, ever spaghetti. It’s hard to go wrong in any of Bologna’s many trattorias and restaurants but everything will go right if you visit the ones listed below:

Diana: This restaurant has become an establishment in Bologna to sample traditional Bolognese cooking. It is a much loved institution where families celebrate special events like anniversaries, birthdays and graduation parties. The service and décor are reminiscent of the Dolce Vita era and must be experienced at least once in your life. The tortellini in brodo are a must, as are the Lasagna Bolognese. Via dell’Indipendenza, 24 (+39 051 231302)

Osteria Bottega: First ask a local how to get there. Then ask again. This unassuming restaurant in its décor and storefront hides the best example of what Bologna la Grassa has to offer. Their menu lists all of the producers (all part of the Slow Food movement) of their fine local ingredients. Tagliatelle al ragù is the most requested pasta dish, but leave some space for the cottoletta alla bolognese, a breaded chicken breast with a stuffing not even a Bolognese grandmother can outdo. Via Santa Caterina, 51 (+39 051 585111)

Grand Hotel Majestic: The city’s only five-star hotel is flagrantly traditional. Uniformed porters man the entrance on Via Indipendenza, the main avenue that leads into the city centre lined by brand oriented stores. The hotel takes pride in their ritzy past with guests such as Princess Diana and Frank Sinatra to name just a few. Via Indipendenza, 8 (+39 051 225445)

Torre Prendiparte: For a truly unique visit and marvellous view at sunset of Bologna the Red stay at the second medieval tower that grants access to visitors (well, only paying guests). The tower suite is situated over three floors and can sleep up to four people. The entire tower has twelve floors, all meticulously restored and the panorama at the top (60 metres high) is worth the climb. Via Sant’Alo 7 (+39 051 589023)

About the Author: Pablo Castillo-Guiribitey has resided all throughout Northern Italy for the past 15 years. Originally from Miami, Florida he travelled to Florence, Italy to pursue his studies in Fine Arts and Italian literature. Former owner of two historical cafes in Bologna (beloved city he now calls home) he currently works as a translator and cover book artist for Italian authors. 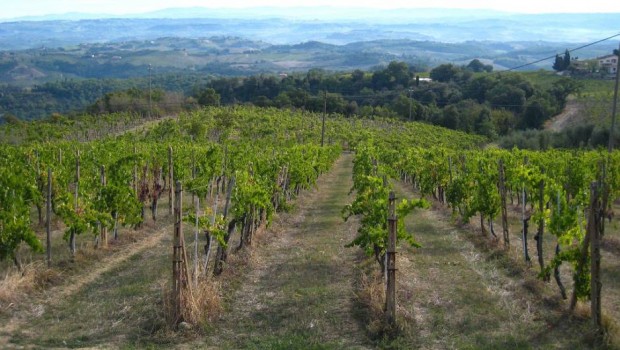 3 Tuscany Travel Tips You Should Know 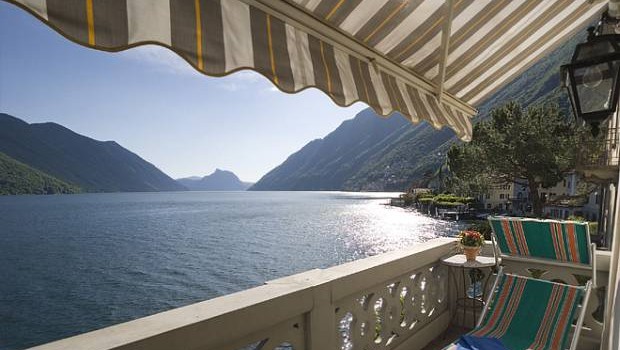 Italian Lakes: Rooms With A View Over Lake Lugano