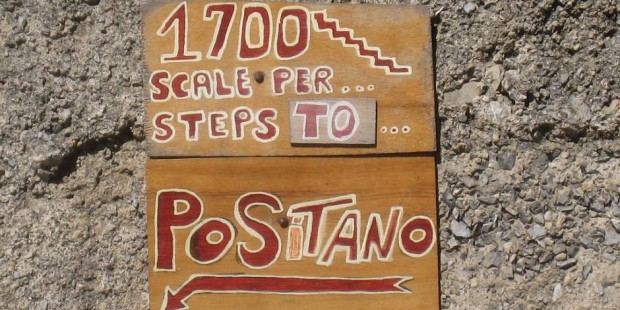 I travel to Italy prepared. In case I eat too much pasta I’ve a daily aerobic workout (an hour of squats, lunges and thrusts) carefully photocopied from a magazine and tucked safely into the inside pocket of my suitcase. Fortunately my suitcase stays in Naples in the left-luggage department when I go to Positano for a week long visit.

But there’s no need to feel guilty. As soon as I step off the bus with my downsized luggage, a staircase officially named ‘The Thousand Steps’ greets me. I’m in stairmaster heaven. Or should that be hell?

It’s hard to believe that it’s been eight months since I was scouring the Summer in Italy website for an apartment to rent in Positano, the largest of the towns dotted along Italy’s Amalfi Coast. And even harder to believe that, now I’m here, how many stairs there are.

Descending by turn, road then stairs, then stairs then road, is the quickest way down to the town the bus driver tells me. Shading my eyes from the already scorching late morning sun, I spy my goal, the beach, Spiaggia Grande, far below. It looks at least an hour’s trek away.

On this first of many knee crunching walks, I come to appreciate just how precarious life in Positano can be. Houses cling to almost vertical cliffs and are stacked so tightly they appear to drip down the cliff-face like the sides of an over-iced pink and white layer cake. A spiral road cuts neatly down through the middle, while staircases connect each upper loop with the lower. Given that the town is also split by a narrow v-shaped ravine it must’ve been a town planners nightmare. There’s not much scope for subdivision in Positano.

But the advantages of so many thigh-burning stairs quickly become apparent. A restaurant, 30 minutes walk by road, is often only a 10 minute trot up three interconnecting staircases. An appetite stimulant if ever there was one.

An Apartment With A View

My rented pastel-coloured apartment, Casa Clementina, also has its fair share of hamstring-stretching stairs, unlike many hotels which have easy road level entrances.

When you travel to Italy hotels are usually the first choice for accommodation but staying in an apartment allows certain freedoms. Sunbathing away from prying eyes on my own private balcony is one of them. Plus I don’t have to hide my valuables from the cleaning staff.

Mind you, Italian apartments can have their own quirks. The six sheets of instructions provided by rental company ‘Summer in Italy’ warns clients about bugs, exploding ovens and the possibility of short-circuiting, not to mention unpredictable plumbing.

But the biggest problem I encounter is remembering to pinch myself each morning. Casa Clementina’s sturdy wooden shutters open onto such a dizzying display of thrusting cliffs and shimmering cobalt ocean that all my aches and pains mysteriously disappear.

To Bus or Not To Bus?

Casa Clementina’s owner tells me the apartment is also a mere five minute stroll from three essentials: a mini-mart, an Internet cafè and a photocopier. Though perplexed as to why I’d need the latter, I don’t ask and she doesn’t explain.

The town’s second main bus-stop, she goes on to tell me, is also within walking distance. From here the smaller villages of Praiano and Conca dei Marini along the Amalfi Coast beckon enticingly. And just a 15 minute bus ride from Amalfi itself is the hilltop town of Ravello, famous for medieval Villa Rufolo and its beautiful terraced gardens.

She also points out that the local bus ‘Positano Interno’ passes right by the door, continuously loops around the hills and then descends through the centre of town. But to catch it feels like cheating. I’m determined to come away with a taut tush by just nonchalantly needing to get from A to B.

On my second day I discover cobblestone stairs (I count 136) snaking down the hillside from my apartment into the bustling central piazza. On approach noise swells like a symphony. In summer, Dolce&Gabana-wearing visitors disembark from Mediterranean cruise liners anchored in the harbour and clog the narrow alleyways to buy up large in the numerous antique and modern art shops.

Yet in quiet shady streets tucked away from the main drag, I happily find cheap ceramics and local jewellery for souvenirs.

Chatting to the Locals

In one of these steep streets I pause to catch my breath in the shade of an elderly shoe maker’s blue and white striped awning. Italians of any age love to ‘chiacchiera’ (chat). Twenty minutes later he is still waggling his bushy eyebrows exclaiming over my “buon italiano” while trying to sell me a pair of handmade sandals. It’s a pleasant distraction from the 50 stairs I still have to climb.

In fact, all the elderly people I see in Positano show no signs of frailty. Women in their eighties pass me on the stairs hardly puffing, even laden with shopping bags. I notice the younger generation prefer to zip around on their scooters but a local boy tells me this is more for the thrill of negotiating the twisting roads than a desire to avoid the of stairs.

Just as each morning the view from my balcony lures, every evening the city transforms into an irresistible fairytale. In the balmy summer air Positano becomes not just a series of hills to be painstakingly traversed but ‘Citta Romantica’, a sea of glowing lights against a rosy darkness.

Down by the beach a friendly, relaxed atmosphere pervades as stylish locals stretch tanned legs for their evening stroll and ‘chiacchiera’ with friends. With all the restaurants strung with fairy lights, along with lively music spilling out onto the pavement, it’s difficult to resist dining out every night.

Tackling the Path of the Gods

Near the end of the week’s stay I tackle the ultimate stair challenge, the ‘Sentiero degli Dei’ or the Path of the Gods. The bus climbs an impossibly steep 445 metres into the hills behind Positano to Nocelle, the path’s beginning.

Yet Nocelle doesn’t seem to exist except for two ancient Italian gentlemen sitting on a wooden seat who point gnarled fingers like the prophets of doom at a sign tacked to the side of a wall. It says there are 1,700 steps to Positano. Positano being the pink and white speck below surrounded by towering cliffs.

Refusing to be put off – besides the bus has already left – and not even flinching when my knees start to seize up half way down, I manage to puff down the entire 1,700 steps.

Although the rest of the afternoon is spent comatose on the beach, I can safely say when I go home that travel to Italy involved conquering Positano’s ultimate stairmaster challenge head on and that I, in the words of Sir Edmund Hillary, “knocked the bastard off”. Although my knees may never recover. 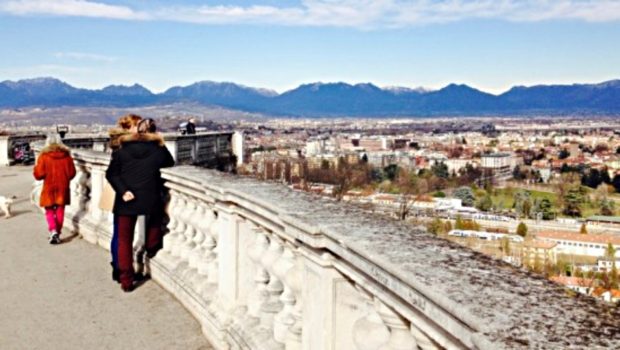 Palladio Architecture & Other Things to Do in Vicenza 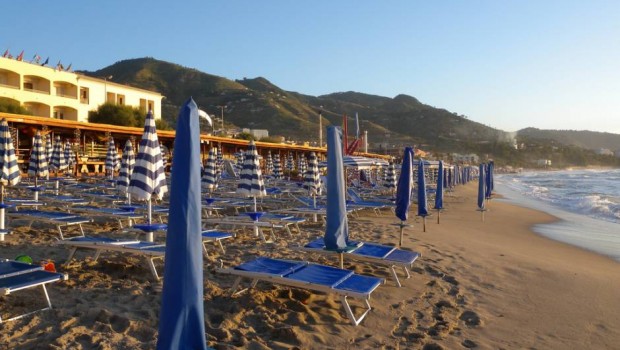