When Mt Vesuvius erupted in 79AD it devastated ancient Pompeii. But the ash also preserved many artifacts and structures, allowing us insight into the people that lived there and their way of life.

You can easily spend an entire day or two at Pompeii armed with a map and good walking shoes. The place is huge. Archaeologically speaking, the excavated ruins of Pompeii are 45 hectares, that’s roughly 72 football fields. Another 20 hectares or so remains unexcavated.

Here are a few highlights of the Pompeii ruins I saw that have been lovingly brought to light.

The citizens of Pompeii loved to be entertained as is evident by the size of the Great Theatre which could hold around 5,000 spectators. The horseshoe shape is divided into three zones of which the lower marble seats were reserved for members of Senate or important citizens. Works performed here probably included plays and pantomimes with lots of dancing and music.

Those sitting in the top rows would have had views across the city, and to Mt Vesuvius brooding in the background.

The Roads of Pompeii

Pompeii’s wide cobblestoned roads divided the various neighbourhoods. At the time the roads would not have been as clean as you see here, but filled with mud and animal manure. You can see at the top of the picture several large stones that stand above the rest leading across the street. These acted like a pedestrian crossing so one could step above the muck and get to the other side of the street. They have gaps in between so carts could pass through.

The House of the Faun, Pompeii

The House of the Faun is the largest house in Pompeii and features public and private rooms, two porticoed gardens and an atrium with four columns. It is so named because of the statue that stands in the centre of an impluvium* . The owner of the house is unknown, however it is presumed by the size (2,970 m2) that they were educated and wealthy. Many of its mosaic floors are now in Naples Museum, including the original faun statue.

*impluvium – a low basin in the centre of a household atrium into which water flowed down from the roof.

The amount of detail and colours of some of the wall decorations that have been uncovered are stunning. The decorations are not just pretty but were an important display of social status and also increased the cultural image of the owner.

One of the gruesome, yet fascinating, things about Pompeii is its plaster casts of victims that were killed by the eruption in 79AD. The plaster cast method was introduced by Giuseppe Fiorelli who was the director of the Pompeii digs from 1860 – 1875. The cast is made by pouring plaster into the cavity left by the victim’s body when it decomposes. It is an eerily accurate how the mold captures the poses and stricken expressions on the faces of those who perished.

Some of the artifacts, motifs and wall plaques are remarkably well preserved.

There are Pompeii tours you can book which guide you through the most popular attractions, alternatively, the free map is detailed enough to just let you explore at your own pace. Visit the official Pompeii website for more information. 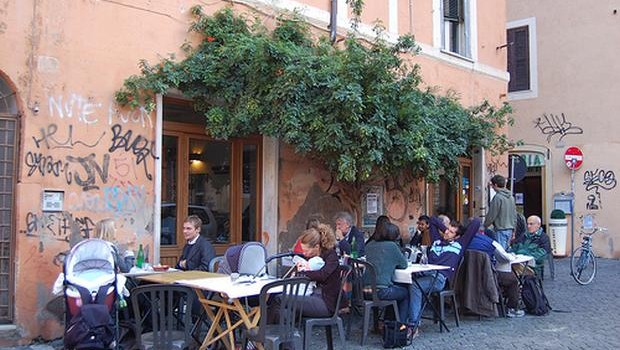 Looking For ‘No Frills’ Restaurants in Rome? Try D’Augusto 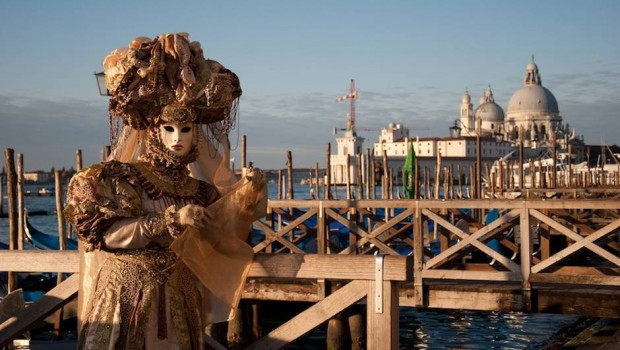 Treat Yourself To A Festival in Italy